Please join Brian Tichenor and Raun Thorp, co-founders of Tichenor & Thorp Architects, Inc., as they discuss the artful integration of historically informed and contextually sensitive structures within their contemporary surrounding landscapes. They will explore how architecture is fundamentally about transformation, planting them firmly in the camp of the historical continuum. The past informs the present, as examples of their work will reveal.

M. Brian Tichenor, AIA, and Raun Thorp, AIA, co-founded Tichenor & Thorp Architects Inc. in 1990. Their Los Angeles-based firm specializes in artfully integrating historically informed and contextually sensitive structures within their surrounding landscapes. The partners explain their design approach in Outside In: The Houses and Gardens of Tichenor & Thorp, from Vendome Press.

Among the firm’s more than 400 completed projects are renovations of homes by Paul R. Williams, Roland Coate, John Byers, H. Roy Kelly, and Harwell Hamilton Harris, as well as historic residences in Beverly Hills, Montecito, and Pebble Beach. Notable projects include the Cecil B. DeMille Estate, and such landmark commercial properties as the Capitol Records building and its grounds. Current projects include major residential properties nationwide, as well as new headquarters for the LA Times, the Chan Soon-Shiong Institute for Medicine, and NantWorks’ El Segundo and Culver City campuses.

A practicing artist, Tichenor has contributed to exhibits at the Cooper Hewitt Museum and Max Protetch and has had solo shows at Gilbert Bohlin and Sears Peyton galleries. His site-specific commissions are in private collections nationwide. Thorp, in addition to her multi-faceted design work, spearheads the firm’s interiors department.

Both partners are Fellows of the Garden Conservancy and members of The Huntington Library and The Society of Architectural Historians. Thorp serves on the board of national non-profit Big Sunday and is a member of the Cultural Landscape Foundation and the Institute of Classical Architecture. Prior to co-founding her firm, Thorp worked at Moore Ruble Yudell, the Jerde Partnership, and Peter and Alison Smithson, among others. She received her MA in Architecture with highest honors from UCLA and a BA in The Growth and Structure of Cities from Bryn Mawr College. Tichenor teaches the history of Southern California landscape design at USC. He began his career at Moore Ruble Yudell. He then entered a joint venture partnership with Nancy Goslee Power, where he completed more than 100 gardens worldwide. Tichenor received his MA in Architecture from UCLA and a BFA from UC Santa Barbara. 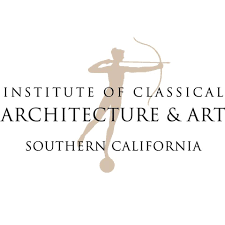